Thanks, Rick! That’s right, ladies and gentlemen, welcome back to – Play Your Way Network’s Weekly Top 5 Playlist: A Weekly Guide to Ranking YOUR Favorite Stuff…the Player Way. I know…I KNOW you missed this article series. TBH it got kinda popular so PYWN management tried it as a podcast, but it was missing my wit, charm…and frankly my taste. LOL…jk. But in all seriousness, Derreck & BK have tasked me with the weekly duty of helping you players of life curate your entertainment and lifestyle in the most player way possible. So let’s get on with it!

Now it shouldn’t be a secret to anyone now that Netflix has pumped a ton, if not two tons, of money into producing original content for the streaming service. And already there have been numerous shows and movies that have landed on the service and are available for your viewing pleasure. But what are the best ones? So much has come out recently that you may have missed them. And no I’m not here to tell you which ones they are(sorry, you should be more adventurous). I’m here to offer what we feel makes the list of best Netflix original content.

In no particular order,

Mindhunter is a psychological crime drama not for the easily disturbed. A fantastic show about the beginning of the FBI’s profiling. Personally, I love the show but it didn’t make the Top 5 due to it being so young. It is supposed to be getting its second season however.

This could very well turn into Netflix’s very own Breaking Bad if they aren’t careful. Now, obviously that’s not a bad thing. Jason Bateman does extremely well in this crime thriller. 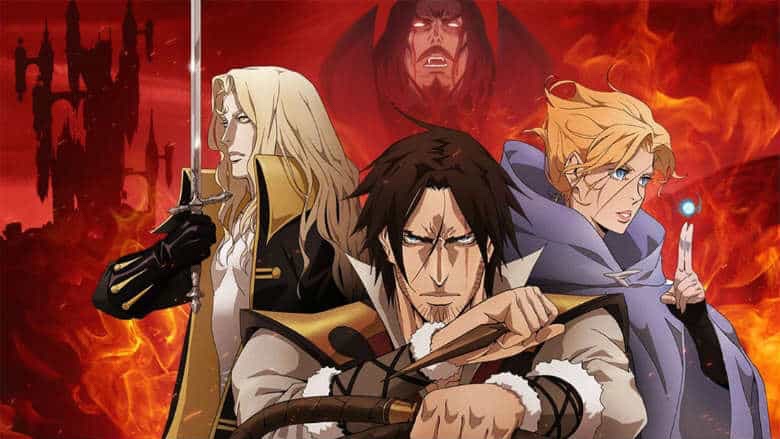 This is one of the coolest animes out there. It’s a great series but the downside is it has one season with four episodes that are 20-minutes long. But never fear. The show was picked up for 8 more episodes that will drop October 26! One of the shortest and best binges you’ll go through.

Do you miss the old Western shows? The ones with bad men and heroes who had to find their way? Well, Godless is for you. Outstanding acting, gunfights, emotions. The only thing that keeps this limited series off the main stage is that it’s exactly that. It’s a limited series. It had a good cleanup to the main story but some character arcs were left unfinished. But who knows. Maybe a second season could be upon us.

Ok! Now, that we’re done with those. Let’s move to the main event.

There a lot of similarities between Narcos and Ozark. Both deal with drugs, money, and a lot of illegal stuff that we normal people wonder how other people get away with. Narcos has been out for a little while longer and follows the rise of cocaine trades. Following figures such as Pablo Escobar, Narcos shows the gritty truth behind the war on drugs in the 1980’s. A not-to-miss feature for Netflix.

Follow Kimmy Schmidt as she finds herself rescued from a cult after 15 years and attempts to rejoin society in New York City. Sounds pretty interesting already. Add in a dose of gay humor from her landlord and boom. They just might be each other’s helping hands.

This hit retro-scifi suspense thriller appeared on Netflix in 2016 and captured the hearts of the populace. Now, we’re looking forward with much anticipation for the third season. With its dark and ominous tones, Stranger Things keeps you on edge all the way to both of its previous season’s finales. Highly recommended by pretty much everyone.

You thought I’d forgotten about this didn’t you? No, OITNB is one of the greatest Netflix originals because it has stayed entertaining, relevant and consistent. One of the first big originals for the streaming service and it was an instant favorite. Who knew following someone through prison could have us so hooked?

Yeah, I went here. House of Cards wasn’t just big on Netflix. It was big in general. People subscribed to Netflix just to watch it. Thrilling, suspenseful, and downright wow-ing, HoC is filled with amazing acting, and twists to keep you enthralled as you watch. Even with the scandal involving Kevin Spacey, the show is back and looks to be as good as ever.