Earlier this year, Play Your Way Network had the pleasure of working with an up and coming film talent, Reuben Shaw (aka Reub Ziggy and on IG @ReUpUrView) on his second installment of his sketch comedy & hip hop musical influenced series, Gottem. Gottem 2 rejoins Shaw as he’s grown his cadre of actors, comedians, production crew and musical artists together for an indie project that has implications of something bigger. 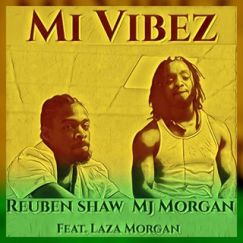 Leading up to the release (watch below), Reuben released several music projects including the reggae inspired “Mi Vibes” featuring himself and MJ Morgan. Morgan, progeny of an award winning reggae background was the perfect way to kick off the summer (click here to listen on Spotify). Then Shaw doubled back later this summer with the self titled album “Reupurview” available on Amazon, Apple Music and Spotify (click here to listen on Spotify) showcasing his ability as a producer, collaborator and artist.

Now comes the funny, entertaining indie-produced Gottem 2. This short film features several sketches all original from the mind of Reuben Shaw with a little collaboration from his cast and crew. The half hour show also features music videos from rising stars in the indie-hop hop scene. Look out for this SAG actor to produce more dope content and appear in more of your favorite films in the future. WATCH NOW by clicking play below, enjoy!