FILM: Welcome to the Rise of the Fallen Kingdom!

Where can you go for a franchise that has become dust, wash, rinse and repeat? Well start with blowing up the island, sprinkle in some down home human greed, decorate it with beautiful CGI and VOILA…..Welcome to Jurassic World:Fallen Kingdom!

I am a fan of all things Jurassic Park/World/Universe related as much as I can be, I mean if there is a chance to see any reincarnate of my own personal favorite movie from my childhood, I am all in like a pack of raptors on ole Muldooon. 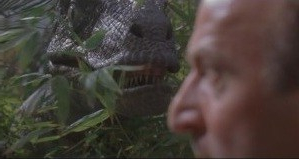 Alright let’s get to it, overall this is an action filled movie that keeps injecting you with visually stunning shots combined with anxiety infused thrills, just enough to keep you off balance. We get heavy doses of the fan favorite, T-REX with some more forced iconic scenes of her roaring (obligatory, right?). We also get a dose of a lot of dinosaurs that we haven’t seen much of as well.

While that is of course the sizzle, what is the flavor of this movie? I see shades of the original three JPs throughout this movie leaning more toward The Lost World And the one no one asked for JP3. Cringe-worthy as that sounds, it works. It works because now it makes sense because the world as it is today, we want things done instantly and we want it bigger and badder than yesterdays nonsense.  That is addressed in this in a big way and after we have the required benevolent billionaire whose childlike sense of wonderment is attempting to save our animals. After the DNA thieves reveal their plans, after dealing with the ebb and flows of a handful of emotional moments……

After all that, we are treated to the real human nature, greed and the lust for power which is the very realistic aspect of this film. Yes, the realistic aspect of the dinosaur film, you read that correctly. When the film gets to this point is when I was appreciative of it. Now we have a franchise that doesn’t have to play off its predecessors any further. They took the first JW and applied the elements we liked being the nostalgic shots and some throwback scenes infused with new age cinematography and of course that wonderful theme.

This film does the set up the right way by pulling what we liked and showing us that it will get to the underbelly in the impending JW3. The dark nature of our human race coinciding with playing with the laws of the universe and creating species for our entertainment, is going to have a wonderful payoff and I am all in! 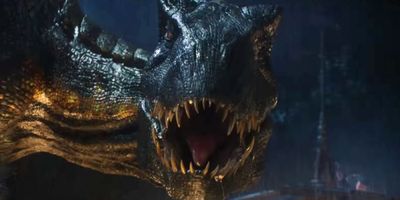 Bare Bones: This is a middle movie clear set up for a War for Planet of JW finale.