TECH: Losing SoundCloud? What You Need to Know

Losing SoundCloud? What You Need to Know.

So if you read this headline and were tempted to just move on as it possibly didn’t affect you, you’d be wrong. Even if you don’t use SoundCloud, you need them to stay in business, at least for a few more years.

It was the first week of this month (July) and if you are an early adopter and/or savvy music consumer, you probably heard from your friends or saw on your feed that SoundCloud was in immediate danger of extinction. Later that same week on 7/6, Alex Ljung (CEO, SoundCloud) broke his silence on the subject in an official statement on the streaming site’s blog (blog.soundcloud.com) confirming that the rumor indeed had some validity to it.

Today, after careful and painful consideration, we took the difficult step to let go of 173 SoundCloud staffers and consolidated the team into two offices: Berlin and New York. We are extremely grateful for the contributions of each and every staff member who will be leaving SoundCloud, and we wish all of them the best. Without them, we would not be where we are today … By reducing our costs and continuing our revenue growth, we’re on our path to profitability and in control of SoundCloud’s independent future. – SoundCloud Blog, 7/6/2017

While the Ljung’s obvious mission was to take the offensive on the chatter across the interwebs, the inconvenient truth is that the damage had been done.
On one hand, Ljung’s optimistic POV is,“SoundCloud(s) platform listeners and artists love will remain available in 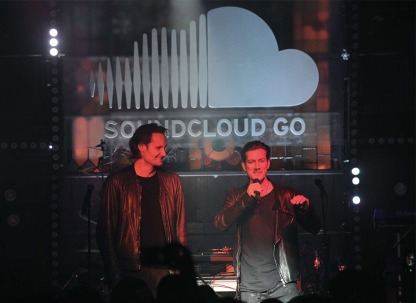 more than 190 countries globally” and therefore “SoundCloud will continue to be the place for what’s new, now and next in music, powered by the world’s most diverse music community.”  On the other hand, what does it mean when a company touts that they’ve “more than doubled [their] revenue in the last 12 months (Ljung),” but then turns around and terminates almost 200 people and “consolidates” offices? Damn that…Here’s what the sum-total of heresy, layoffs and PR posturing means for you, the listener.

In the case of SoundCloud, if they are on the drain spin out – then the fight against net neutrality will lose another lobbyist. Sidebar: if you haven’t read () by the TrendyCosplayer – this part will make a lot more sense. While we love subscription services like Google Play, Apple Music, Spotify and Tidal – they only benefit the artists that can afford to invest in getting their music to them and the consumers that can afford to keep up with the payments. It’s clear that in the not too distant future, the new labels will most likely resemble services like Tidal and Apple in having exclusives to titlate you into plugging into their services. The more acclimated to subscription services we all get, the more likely companies like Comcast and Time Warner will entice us with bundles to “make life easier.” Choice is important and SoundCloud is the industry leader in free viable resources for legal on-demand streaming with easy access for independent artists, podcasters and labels. If the leader of the pack dies, how much longer will there be a pack? Who’s got next? 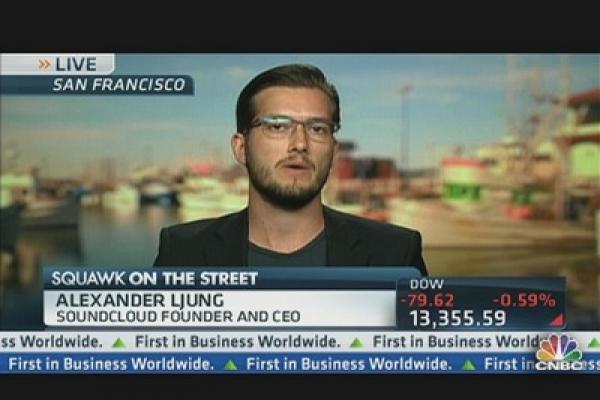 If SoundCloud crashes, Bandcamp is still around.

Even if you aren’t a hipster, digital tastemaker or new music hypebeast – if you love the promotion of new music then you should already know that there are two key services behind hosting indie music: Bandcamp and SoundCloud. So if SoundCloud closed tomorrow, Bandcamp would be the new party house. While BandCamp gets a bad rap for being the quiet-emo-arts-magnet kid in the back of the bus, truth is they have been right there along side SoundCloud from the get-go setting the tone for providing a safe clean workspace for indie artists to grow their budding brands (albeit lending more toward the mixtape/album/playlist enthusiast).
But if SoundCloud died, the shoes they’d leave behind would require BandCamp to shift their focus and branding in a way that a different audience would be able to actually see them. Which means there would be room for other lesser known/underused services that target segments that BandCamp doesn’t serve (like Spreaker, Deezer and Pandora – just to name a few) to capitalize.
But that’s only if SoundCloud is dying.

The chess moves mean something bigger is coming

If you were to make a gentlemen’s bet, the smart money would be on SoundCloud actually winning. Is it because the CEO said so in his statement? Well … yes and no.
All of that b.s. about “SoundCloud will continue to be the place for …” blah, blah and blah is just PR jargon and canned speech for the investors. He’s supposed to root for the home team, but that don’t make it a W. What is key is the part earlier in his statement where he talks about long-term success:

However, we need to ensure our path to long-term, independent success. And in order to do this, it requires cost cutting, continued growth of our existing advertising and subscription revenue streams, and a relentless focus on our unique competitive advantage — artists and creators. – SoundCloud Blog, 7/6/2017

Bingo! If I were a betting man, and I am, I’d wager that SoundCloud is liquidating assets for a bigger play. Either an acquisition, merger or they know something we don’t about the business. Why else would Chance the Rapper go to such lengths for the convo. Something is up lol.